Tatulli verifies that the mixing pump suction valve is open. 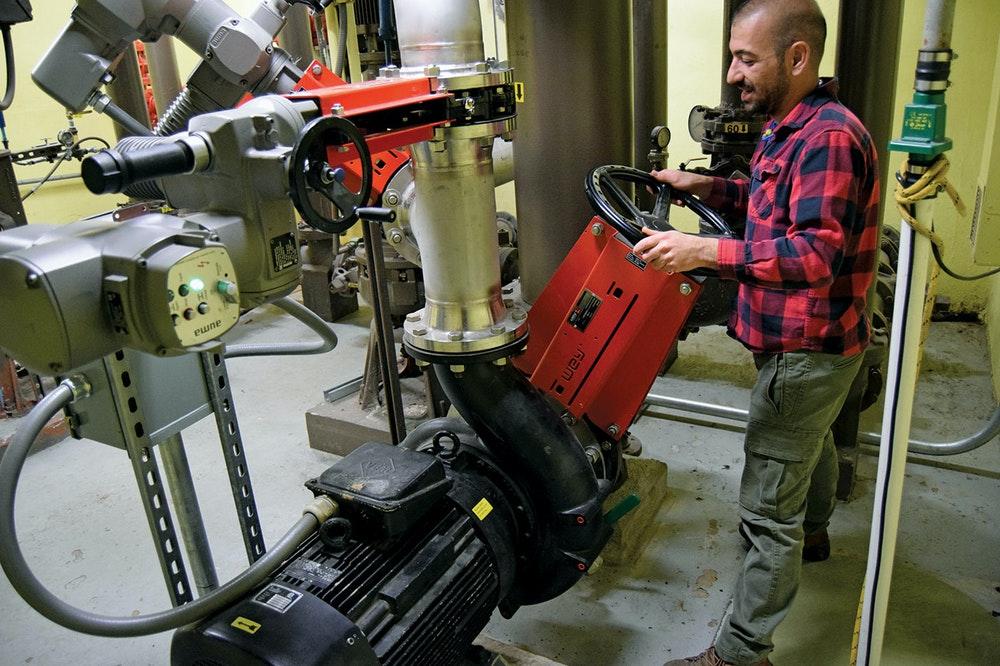 Operators at the Downers Grove (Illinois) Wastewater Treatment Center worked for four years with the vendor to repair the compressor on the gas recirculating mixing system in Primary Digester No. 1.

"The compressor ran, but it wouldn’t move any gas," says Nick Menninga, the plant’s general manager. Then Menninga took a tour of self-sufficient Danish wastewater treatment plants and their equipment vendors. At the Landia factory in Denmark, he saw the externally mounted GasMix digester mixing system.

"It was only after my return when we were evaluating different options for fixing or replacing the old mixing system that Landia entered the conversation," Menninga says. "Compared to other technologies, the GasMix retrofit was more economical to purchase and install." In March 2017, Downers Grove became the first municipality in North America to operate a GasMix system.

Most treated effluent discharges to the East Branch of the DuPage River. Class A biosolids are distributed free to the public.

The facility has three primary digesters and two secondary digesters. Digester gas is stored, treated and used in the combined heat and power facility. Soren Rasmussen, director of Landia’s U.S.-based operations, helped Menninga size the equipment for Digester No. 1, a 55-foot-diameter concrete cylinder with a cone bottom, a floating cover and a liquid volume of 460,000 gallons.

In phase one of the mixing process, an external 49 hp centrifugal chopper pump (Landia) draws material from the digester. Chopping is completed before the reduced particles are pumped through an aspirating venturi chamber. The resulting vacuum sucks biogas down from the digester head space and injects it into the liquid, mixing the solids vertically and keeping a scum cap from forming on the surface.

In phase two, a high-pressure mixing nozzle injects liquid into the lower half of the digester, creating a rotational horizontal mixing pattern that keeps solids from settling. "The low-viscosity sludge helps knock down surface scum, increasing the volume of active digestion and making the system run more efficiently," Menninga says.

Preparation and Installation
To prepare for the retrofit, operators redirected the sludge flow to another primary digester, cleaned Digester No. 1, removed the gas piping inside the tank and enlarged the gas withdrawal piping from 4 to 8 inches.

Following Landia’s recommendation, a contractor core drilled through the tank wall at the proper locations and angles to install the two solid stainless steel nozzles. Workers set the centrifugal pump in the digester control room. They ran a 12-inch vacuum line from the digester to the pump and 6-inch discharge pipes from the pump to the nozzles. They wired the pump and the automatic valves controlling the nozzles to the plant’s SCADA system. The retrofit took a month.

The 49 hp centrifugal Landia chopper pump (on right with knife valves) recirculates sludge from the digester. 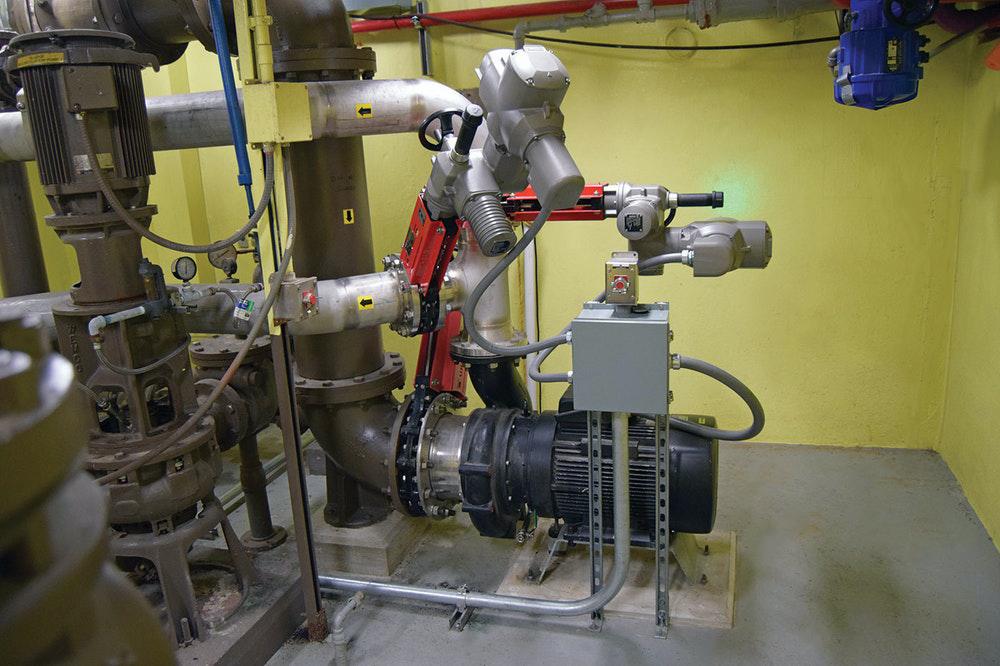 Up and Running
Landia sent representatives to train the operators. "Each valve’s operation time is determined by the sludge characteristics and can be fine-tuned to provide effective mixing with the lowest possible parasitic load," Menninga says. "Landia’s startup default opened the sludge mix valve for 10 minutes and then the GasMix valve for 5 minutes every hour."

Operators experimented with the scheduling based on whether biogas was sent to storage or flared. "The default had us flaring hourly," Menninga says. "Our optimal runtime turned out to be opening each valve for 5 minutes every hour. We don’t flare routinely with this schedule."

After 18 months, it’s difficult for Menninga to characterize gas production because of how data is collected. "In rough terms, it appears we have a 20 percent increase in digester gas production, and the destruction of volatile solids appears to have increased from the mid-50s percent to the mid-60s percent," he says. "From an operations standpoint, effectively mixing the tank has made improvements." 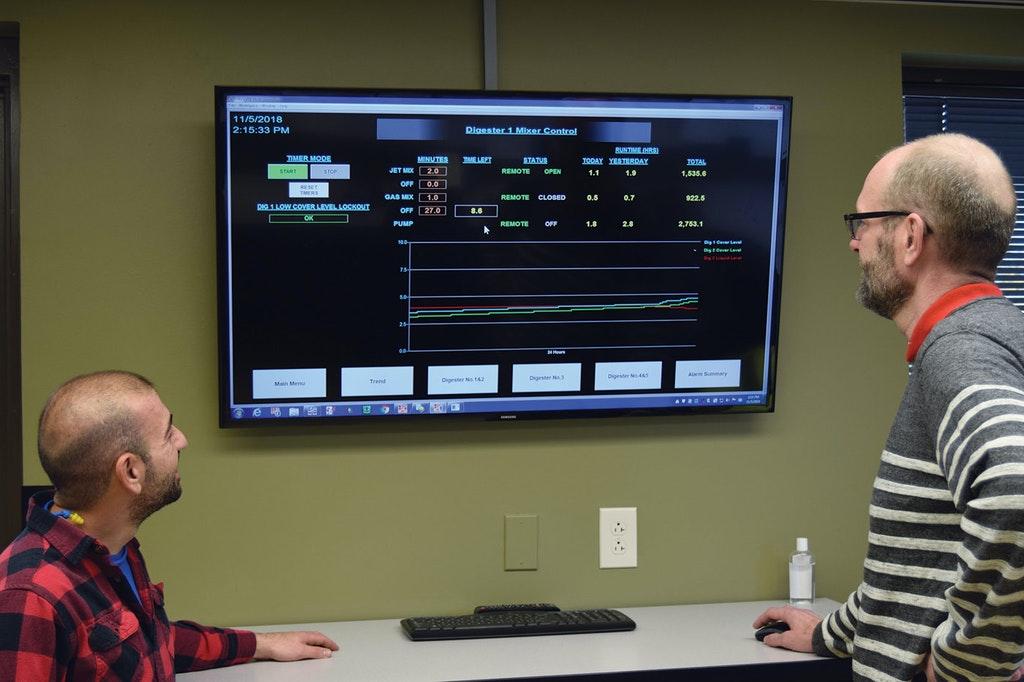