A chopper pump with an aerator nozzle helps a small utility district eliminate troublesome buildups and cure odors in a key lift station.

Amid the pastoral landscape of the Blue Lake Estates Community, a group of cautiously optimistic operators, officials, and suppliers gathered around the Deer Haven lift station in Texas.

The question about to be answered for Llano County Municipal Utility District was whether its investment in a new pump would pay off. Even with just 480 residential connections at one of the most coveted neighborhoods around Lake Lyndon B. Johnson, the district was weighed down with lift station maintenance and increasing odor concerns.

The culprit was an extremely thick and impenetrable scum and FOG layer that made it difficult to retrieve the duty pumps for service. While maintenance personnel often had to engage the scum layer at the main Deer Haven lift station, things really came to a head at the district’s smaller, Sandy Harbor lift station.

Float switches caught up in the scum blanket caused both duty pumps in the duplex station to run dry. The ultimate sacrifice of these pumps cost $15,000 for replacement.

The district decided it was time for a more proactive approach. The solution was a chopper pump with an air injection nozzle.

Maintenance headache
“To keep things moving and prevent overflows and reduce odors, we were constantly hosing down the lift stations to try and break the scum layer,” says Tim Webb, operations manager. “But in about 30 minutes, the scum layer was back."

“Untangling the floats had become routine. The whole thing was an unpleasant, tricky job, having to reach out and inevitably get covered in sludge. Simply getting to the duty pumps was difficult. We’re on a pressure system here. There’s no gravity feed. Everything gets emulsified in the grinder pumps that have been issued to local residents, but the plastics float rather than sink."

“The whole time our float system was being affected by the buildup of the sludge blanket. Our pumps would get air-locked. It reached the point where we had to spray under the pumps as we were lowering them and tilting them to release air. That was a challenge we could have done without. Despite our constant efforts, we were fighting a losing battle, and ultimately we could not get to the pumps through such a thick blanket of scum.”

Webb noted that there was always the issue of plastics, sanitary products, and occasional seemingly indestructible mopheads, plus other surprises that make it into the sanitary sewer system, a typical scenario at many municipal lift stations.

Combination remedy
For a solution, the district called on Smith Pump, a Texas-based firm with a specialty in water and wastewater pumps and supplier of many of the grinder pumps to area homes. Darrell Mize, customer relations manager, suggested the AeriGator chopper pump (Landia) with an external knife cutting system and a venturi nozzle that injects air into scum blankets. The chopping and air injection chews up rags and breaks down the solids that generate unwelcome labor hours in lift stations.

“We tried to resolve the lift station issues, but the Band-Aid approach wasn’t for us,” says Angela Thomas, district general manager. “The loss of our pumps at Sandy Harbor wasn’t something we wanted to repeat. Darrel told us how the Landia chopper pump would be the most cost-effective and efficient purchase we could make for the long term.

“It’s fair to say that because the blanket of scum was so thick, we were all a little apprehensive when we switched the pump on for the first time. We thought it could break everything up to an extent, but it mixed everything, right into the corners of the Deer Haven lift station, which was all the more impressive because of it being a harder-to-mix, 12-by-12-foot tank. In just 30 minutes, we could see a big difference.”

The pump was run 24 hours per day until the lift station reached a point where there were no scum, plastics and solids on the surface. Once the layers of scum and trash were gone, the pump was adjusted to run for 15 minutes each morning. With this new arrangement, the AeriGator prevents new scum layers from forming. This protects the duty pumps against heavy ragging and allows them to do their basic job properly.

A second solution
After the success of the 6.5 hp chopper pump at the Deer Haven lift station, the district introduced a 6.5 hp Landia EradiGator chopper pump for the slightly smaller Sandy Harbor lift station, where the $15,000 pump failure had occurred. This chopper pump has no venturi nozzle; scum is not the primary problem there.

The EradiGator pump has a recirculation nozzle that keeps the lift station well-mixed while macerating rags that could clog the duty pumps. Flow from the Sandy Harbor lift station goes to the Deer Haven lift station, and the combined raw wastewater is then pumped to the city of Horseshoe Bay Wastewater Treatment Plant.

Webb observes, “It may seem a small point, but we can now save $600 annually on the water hose connection that we had to have available for washdowns at Deer Haven. For locations with no readily available water supply, the installation of the Landia pumps would make a big difference. The AeriGator can often eliminate the scum layers that form in a lift station or wet well to the point where washdown water is no longer needed.

“Since we started using the Landia pumps, the waste buildup is no longer sitting in the lift stations, so we have a much fresher product with greatly reduced odors. The time we spent on callouts to prevent the lift stations from overflowing is a thing of the past. Because of the new pumps, we’re back to where we should be – basic preventative maintenance.” 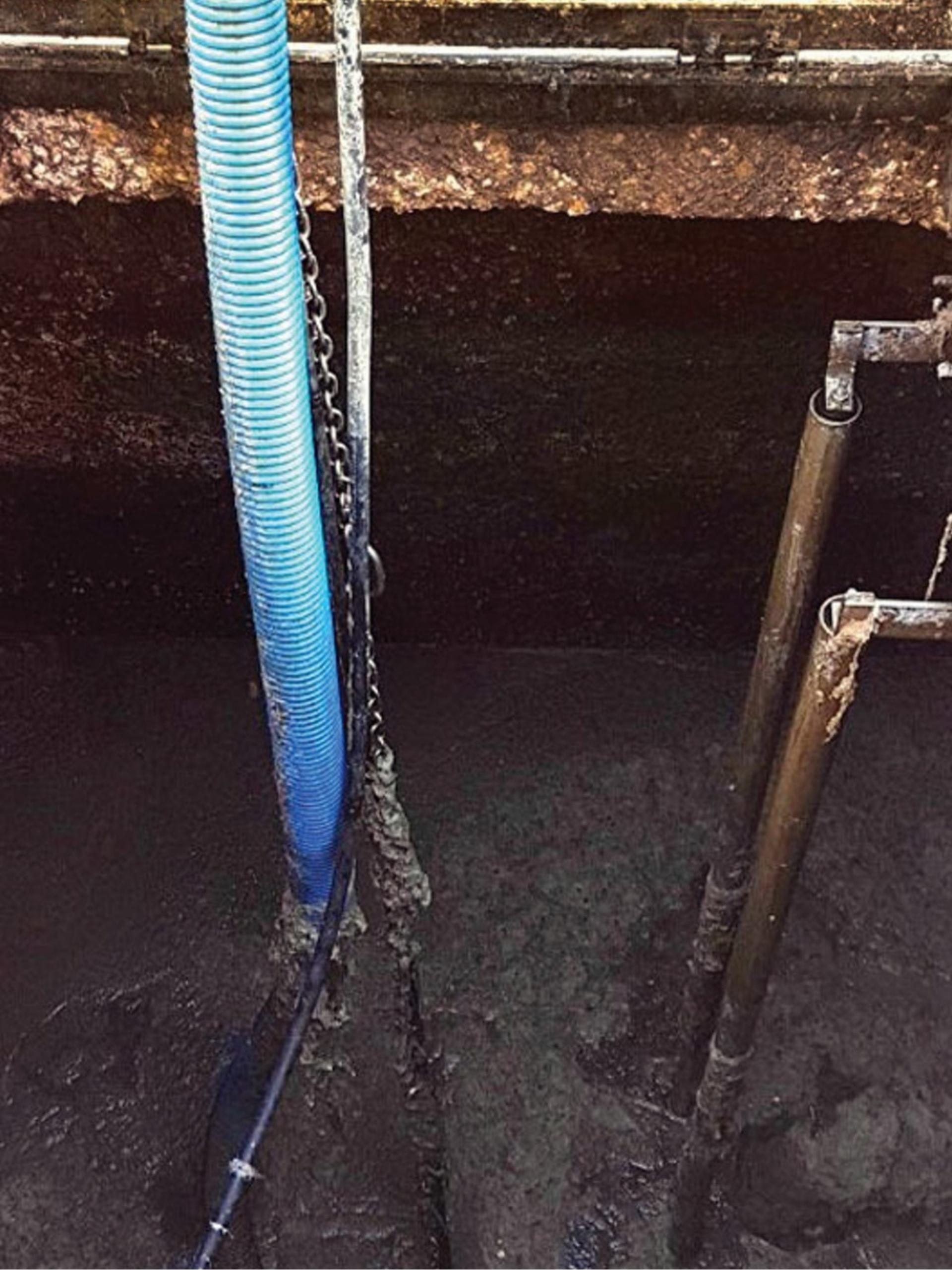