NO MORE FOG, AS MAJOR CRUST PROBLEM CAUSED BY FATS, OILS AND GREASES IS DEFEATED

Throughout Ohio there is a large a number of meat/food processing plants and municipal sites whose wastewater system is plagued by fats, oils, greases (FOG) and debris.

Many of these may already have some sort of pump/mixer - perhaps sold on the basis of it being supposedly ‘non-clog’ - but staring down at a tank crusted over so badly that you might not be able to see any wastewater, tells you immediately that this isn’t the case. Chances are that the odor from the tank/collection system is so bad that even a new visitor to site - blindfolded – could locate it in seconds.

A classic example of this came to light just recently, when a leading meat processor, bogged down by reoccurring costs, foul odors and poor performance of its wastewater treatment system, looked for a cost-effective, long-term solution.

The problem at this particular site was so bad that you could (not that anyone in their right mind would) walk on or jump up and down on the layer of the tank’s crust because it was so thick!

To combat the ongoing crust, odor problem and loss of capacity in its 300,000-gallon equalization tank, the meat processor was considering the use of chemicals to tackle the ‘wastewater’ - and was also trying to get things moving in the tank by hiring a contractor four times a year to blast the crust apart with a basic portable pump. This rather primitive, nasty job not only caused a temporary major increase in odors, but also cost $5000 per visit.

As with all meat/food processors, wash-down of the plant at the end of the work day presents a test for the onsite wastewater treatment system – in this case two DAF (Dissolved Air Floatation) units as they suddenly have to deal with bringing a large volume of particles to the surface. Fat removal is essential for discharge consent, to protect the local water courses en route to the local municipal wastewater treatment facility – and to keep effluent costs as low as possible. At this Ohio plant, removed fat also provides a revenue stream as it is sold on for use in other manufacturing industries.

Finally, with the odor-generating permanent presence of fat in the equalization tank and a lack of capacity adversely affecting the whole treatment process, the meat plant’s Facilities Manager, who described the situation as ‘extremely troublesome; especially the odors’, sought help via his chemical vendor.

An inquiry was made to Smith Environmental, initially for a propeller mixer, but upon learning more about the tough application, the Columbus-based wastewater consultancy knew immediately that a far more robust solution would be required. 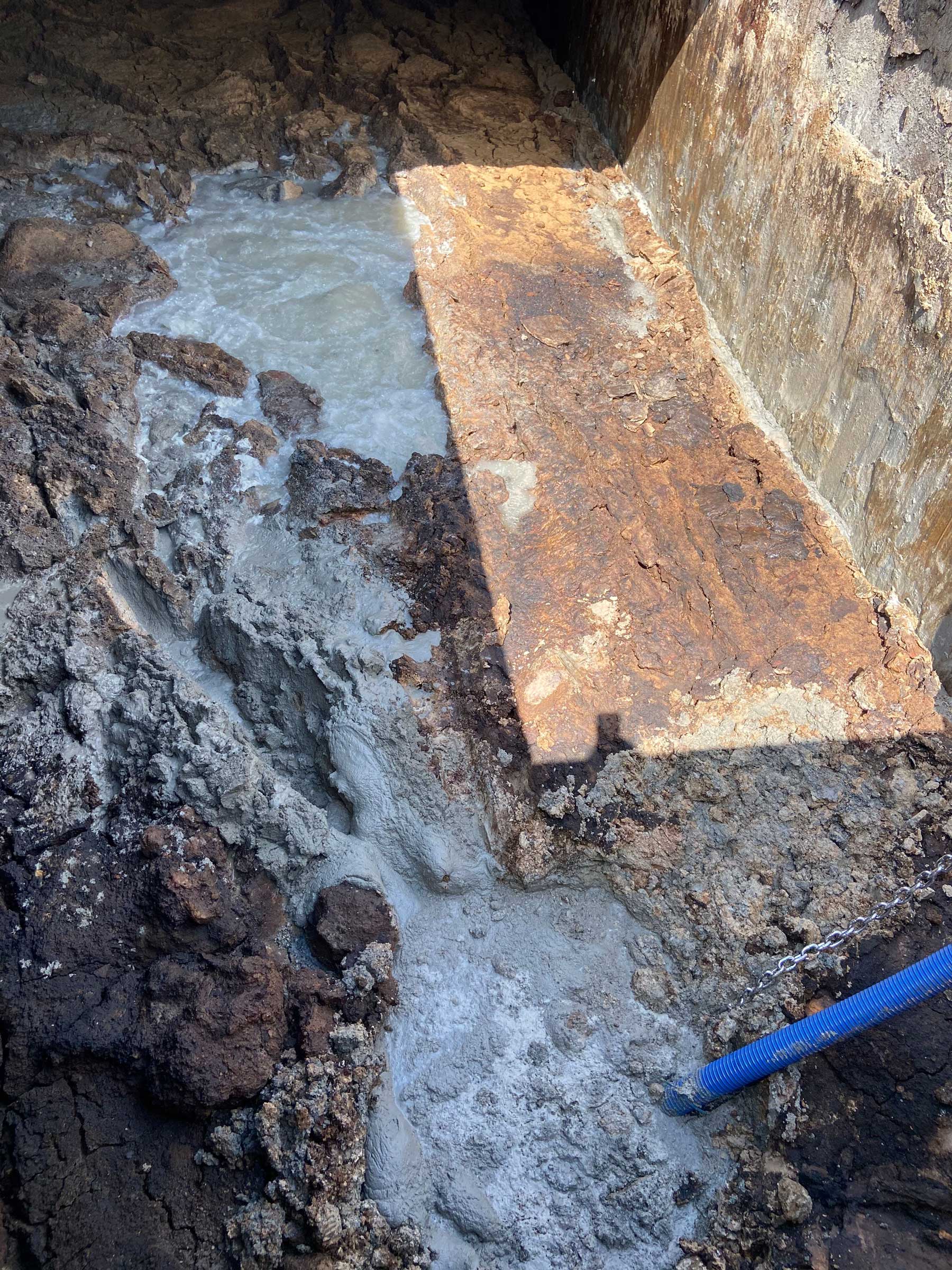 Never seen a tank so crusted up
“Over the years we’ve seen some very clogged up lift stations”, said Smith’s Paul Matrka. “Every municipality across America seems to have at least one very labor-intensive sewage lift station that causes major problems, but while all meat processors have the same issue with waste fat to deal with, I have to admit that in this case, in my over 25 years’ experience in the industry, I’ve never seen a tank so crusted up”.

Representing a carefully selected range of equipment from top-line manufacturers, Smith Environmental had experienced very positive outcomes with a chopper pump that not only has an external knife system to prevent solids from entering its casing, but one that when fitted with a venturi nozzle, acts as a very effective mixer to distribute air throughout the tank.

In keeping with its firm policy of designs driven with what is the best long-term solution for the community, Smith Environmental proposed a trial of the AeriGator from Landia to demonstrate its capabilities.

Such was the speed and efficiency of the new equipment that wisely, Smith Environmental held back on clearing all of the tank’s crust at once, so as not to overwhelm the DAF plants, with what would have been a long continuous slug of fat. Some fine-tuning of the operation is still in progress, but now that the crust is no longer present, the meat processor’s DAFs receive a far more consistent flow from the now blended equalization tank. This allows discharge consent for final effluent to be met without the previous variations – also caused by the fluctuations of the chemicals that were being added to combat the bad odors.
“The acquisition of just this one pump will make a big positive difference to the bottom line at the meat processor”, continued Paul Matrka.

“The Landia AeriGator will easily pay for itself in just two years”.

He added: “This site was unique, as there weren’t any significant complaints about the foul smell, but at a location with near neighbors, an odor problem is a serious issue, with no end of negative publicity. The AeriGator now runs 24/7, with no fuss, making those odors a thing of the past. Our Facilities Manager customer is now such a champion of this product that every time I see or talk with him, he’s selling its benefits to me. It’s made a huge difference to the plant”.