At the wastewater treatment plant in Gun Barrel City, Texas, sewage first enters an equalization tank before it actually goes to the site’s bar screens.

For more than 10 years, the East Cedar Creek Fresh Water Supply District has used six Landia Airjets at the facility, which consist of 30 HP chopper pumps that help break down incoming solids, as well as mix and aerate the tank. The externally mounted pumps are subjected to everything from ice storms to temperatures of 110˚F, but despite the severe climatic challenges, all but one are holding up successfully.

At the wastewater treatment plant in Gun Barrel City, Texas, sewage first enters an equalization tank before it actually goes to the site’s bar screens. As any operations manager will probably suggest, this particular equalization tank must have pretty sturdy pumps to cope with all the solids that come their way.

Located southeast of Dallas, East Cedar Creek Fresh Water Supply District (ECCFWSD) operates two WWTPs in the Mabank area close to Cedar Creek Reservoir, serving a total population of 20,000. One of the plants is in the District’s southern sector, while Gun Barrel City serves the north.

Built in 1979 with a treatment capacity of 0.626 MGD and a surge capacity of 1.3 MGD (for a period not to exceed two hours), the WWTP at Gun Barrel City has since undergone a series of upgrades costing over $1.5 million, giving the District a new treatment capacity of 0.750 MGD. The major part of the investment cost was for the construction of a 1-MGD tertiary clarifier to treat and reduce phosphorus limits to 1 part per million (or less) prior to discharging effluent from the treatment facility directly to Cedar Creek Reservoir.

Keeping everything shipshape is a dedicated team led by Operations Manager James Blodgett, who has worked with ECCFWSD for the past 11 years. With two plants and 75 lift stations, there is plenty to keep everyone on their toes.

“During a normal day the levels in our equalization tank here in Gun Barrel City don’t get too high,” Blodgett said, “but in a rain event, when we have to store the extra flow in our holding tank, we certainly don’t want the contents to go septic and cause odor problems.”

More Than Just a Pump
“For over a decade we have used six Landia AirJets,” he added, “which are 30 HP chopper pumps that help break down all the incoming solids, as well as mix and aerate the tank. It is a very strong and reliable system that does much more than just pump.”

Rain events are just one challenge in this part of Texas, renowned for its weather extremes. The externally mounted pumps are subjected to everything from ice storms to temperatures of 110˚F. But despite the severe climatic challenges, all but one of the six original pumps still has its original seal.

“In addition to visual and audio inspections, we carry out oil changes every 2,000 hours, which does prolong seal life,” explained Blodgett, “but considering that the pumps have been here since 2004, that’s quite a record!” The plant mainly takes in domestic sewage with all the grit and rags you’d expect. But it also receives some non-domestic waste, including from the local hospital. “But none of it troubles the Landia units,” said Blodgett. “They just keep on macerating the solids. It’s a system that works very well for us.”

The Landia pumps are designed with an external knife system and, depending on tank levels, there are usually one or two of the six pumps running 24/7 at Gun Barrel City. This allows for the amount of aeration and mixing to be adjusted according to the liquid volume in the equalization tank. Comprising a chopper pump and Venturi nozzles angled appropriately to suit tank size, the clog-free AirJet is a propeller-free aerator that, unlike traditional diffused air systems, will maintain good levels of oxygen transfer even when the concentration of solids increases. AirJets also offer very easy maintenance because they do not require the tank to be drained.

“James and his team at Gun Barrel City are spot-on with their maintenance,” said Landia’s Art Savage, “which is why they benefit from such a high level of sustained performance from the equipment. It’s a testimony to our pumps that they have such a long life.” Savage said that, on occasion, they do find some installations where there’s more of a ‘run to failure’ regime instead of a preventative maintenance program. “This could almost be taken as a compliment,” he said, “but it’s definitely not something we’d recommend!”

Savage explained that installing a self-aspirating aeration system that incorporates the best heavy-duty chopper pumps should result in a completely clog-free operation and a homogenous mixture for higher air-to-water transfer. In addition to a trouble-free operation, energy bills can be reduced significantly, and what was costly laborious maintenance can instead become simple and economic.

The Texas Commission on Environmental Quality continues to raise the bar on standards, so Blodgett is acutely aware of the ever-demanding consent levels required before final discharge to Cedar Creek Reservoir. Upgrades to the plant’s capacity have presented some additional challenges to the treatment process, including odor control. “But because the AirJet can constantly aspirate more air, we’ve not had any odor issues,” reported Blodgett. “The oxygen transfer levels are always maintained, even when we get a higher concentration of solids, so our wastewater is always aerated properly and never goes septic.” 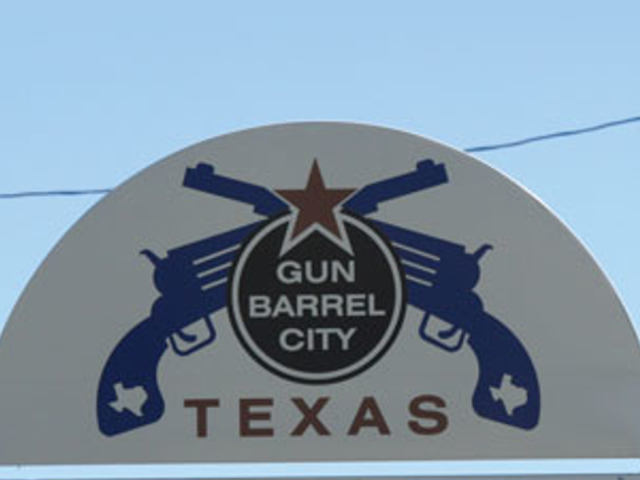 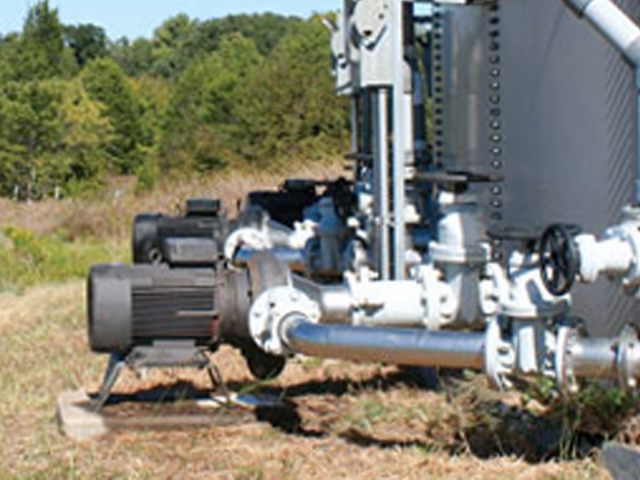 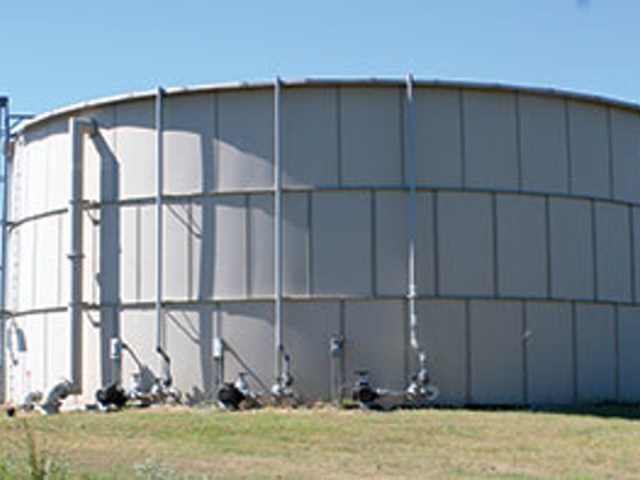